Subject: Relieving of employees working beyond 60 years of age in NIPER, Mohali

3. Further, the subject of continuation of employees beyond 60 years has been referred to Department of Legal Affairs who reiterated their stand that under the NIPER Statute the BOG has no authority to enhance the retirement age beyond 60 years and has asked department to take appropriate administrative action.

5. In light of the above, the Registrar, NIPER Mohali shall take action immediately to relieve the concerned authorities and submit action taken forthwith.
Sd/-
Jitendra Trivedi
Director 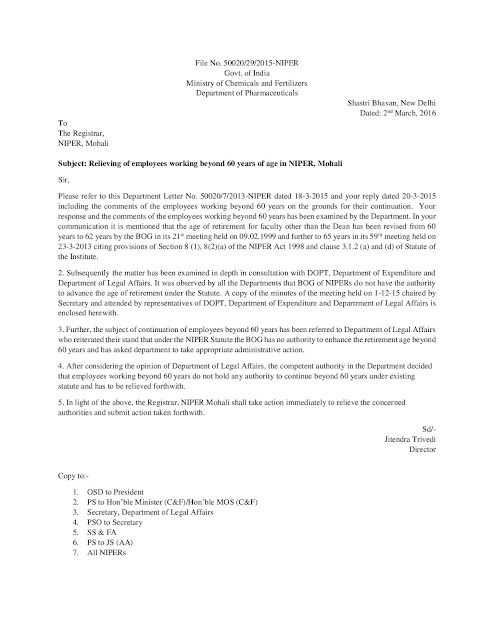