In the beginning of 11th five year plan Planning commission through Department of Pharmaceuticals approved Rs 400 lakhs for Furniture and air conditioning predominantly for 1500 seat capacity auditorium. During mid term review it was found that 181 lakhs were spend on purchasing Furniture and air conditionerwithout laying a single brick for auditorium. What happened to Rs.1.81 crores? 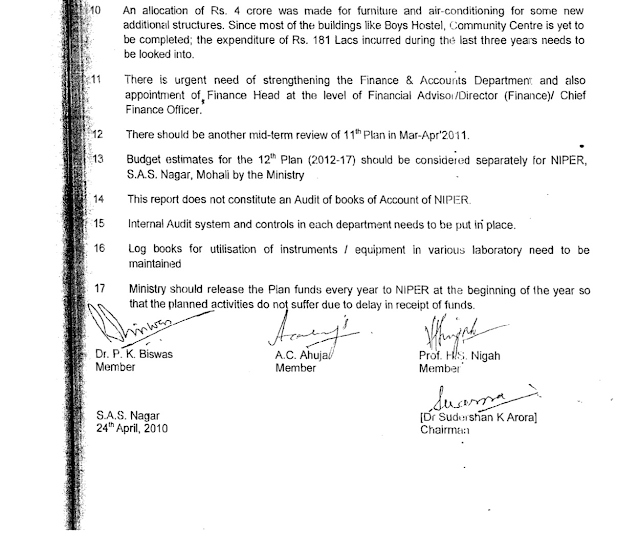 The review committee suggested the expenditure of Rs 181 lakha incurred during the last three years meeds to be looked into? Not only the purchase is fishy; the furnitures,  air conditioner or any part of it could not be located inside NIPER.