Part II:- But how
To facilitate corruption and administrative malice at NIPER names of People's representative are carefully excluded from the BOG NIPER Mohali notification.  Somebody tried to show NIPER BOG as "Office of Profit" so MP's can be kept out, however file noting of the ministry shows otherwise


1. Section 4(4) of NIPER act 1998 the term of office of the Chairperson and Governors other then ex officio Governors shall be three years and they shall be entitled for such allowances as may determine by the central Government


2. There is no specific approval from Ministry for disbursement of sitting fee


3. Notwithstanding the fact that it was beyond the scope of power of BOG to determine allowances to Governors of BOG.


4. 11 (a)(ii) Issue an order from the central government with the approval of Minister (C&F) that Members of BOG shall not be entitled to any sitting fee..


6. Secretary Pharma Wrote the minister (C&F) may kindly approve "A"

So clearly NIPER BOG is not office of profit al least not as per the ACT and file noting of DoP. Officials like Mr. Sharma and Secretary Pharma also pointed out a solution. But MPs needed to be kept out for ongoing corruption at NIPER.


The same CVO? Who given the clean cheat to NIPER administration of IPR plan project money diversion despite CVC categorizing it  as a "serious offense", and the same CVO who ordered inquiry and suspension based on anonymous letter on a whistle blower? Probably yes Government rewarded him for all his crime and made him central vigilance officer


Satya Seleucus..ki bichitro ei Desh (really Seleucus, what an amazing country is this!) 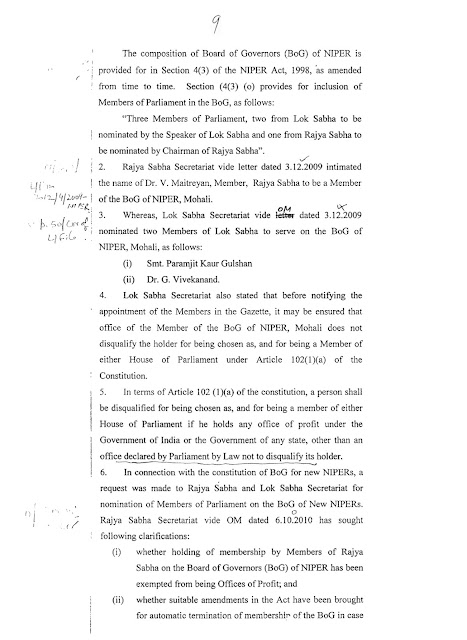 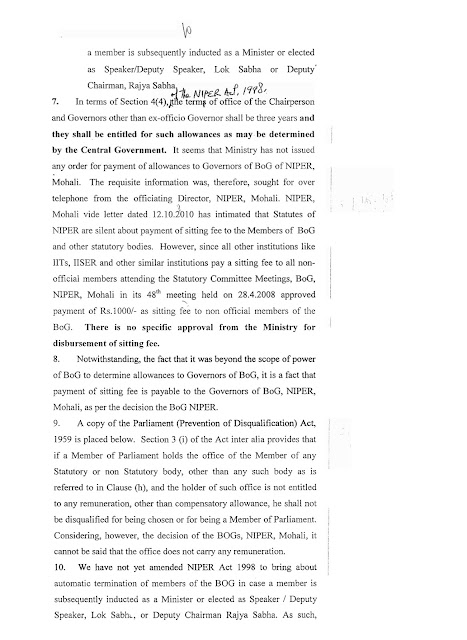 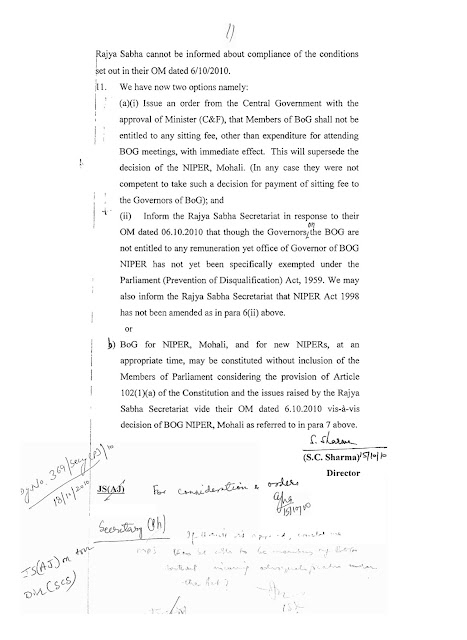 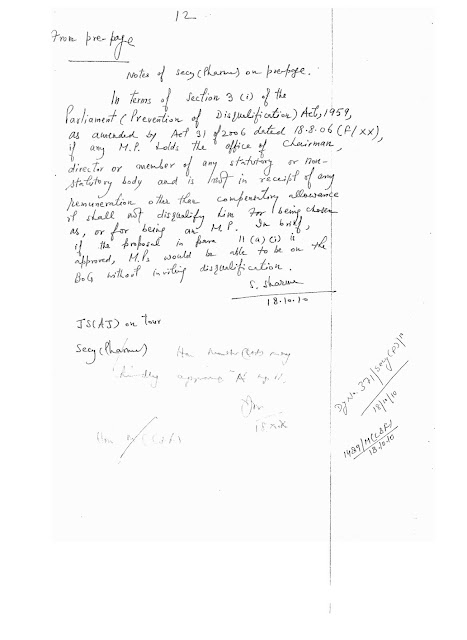