Ex-VC of DU sent to jail for ‘plagiarism’, released

NEW DELHI: Amid high drama, former Delhi University vice-chancellor Deepak Pental was sent to jail by a city court in a case of alleged plagiarism and forgery. However, the Delhi high court stayed the arrest order by evening and directed the Tihar Jail authorities to immediately release the academic.

Justice S Muralidhar granted the relief on urgent mentioning by Pental's lawyer and said the stay will remain in force till the next date of hearing.

Earlier, additional chief metropolitan magistrate Vinod Kumar Gautam had ordered professor Pental's arrest on a complaint by professor P Parthasarathy accusing him and one of his students of plagiarizing his paper on biotechnology. Parthasarathy also accused him of illegally using cobalt, a chemical substance, from the university's science lab.

On appearing before the court for seeking bail in connection with the complaint against him, 63-year-old Pental was taken into custody around 12.45pm and later sent to jail.

Pental's lawyers then approached the high court, arguing that the alleged offences under sections 63 and 70 of the Copyright Act are bailable and the case has not even reached the stage of framing of notice as service of notice upon a co-accused is yet to be completed. Senior advocate Arvind Nigam, representing Pental, alleged that the trial court passed a wrong order and he was illegally taken into custody. He added that the court failed to hear his client's bail plea pending before it since July. He also informed the court that the matter is listed in February for presence of the main accused, who is overseas.

Justice Muralidhar was prima facie convinced and stayed the additional chief metropolitan magistrate's order, even as he asked the petitioner to produce the trial court's order before December 15. It also directed the registrar general of the high court to communicate the order immediately through fax and telephone to the Tihar Jail authorities. The high court also issued a notice to the complainant professor.

In his complaint, Parthasarathy had claimed that Pental and post-doctoral research student KVSK Prasad plagiarised Saradhi's paper and published it as their own between 2000-2002.
Posted by Knowmics at 07:24 No comments:

CBI starts probe into ‘diversion’ of funds at NIPER 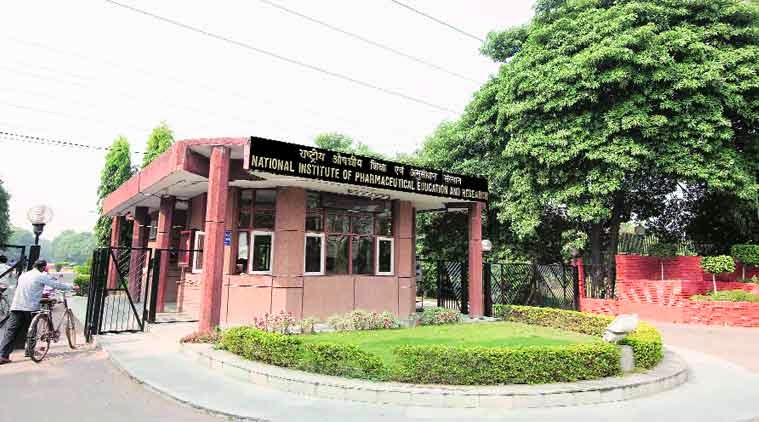 The Central Bureau of Investigation has initiated a preliminary enquiry into the alleged diversion of Rs 2.25 crore, meant for setting up an Intellectual Property Rights Department at the Mohali-based National Institute of Pharmaceutical Education and Research.

The PE has been initiated on the complaint of a ‘whistle-blower’ ex-scientist of the institute who had moved the Punjab and Haryana High Court against the institute and made the CBI a respondent two years ago. In September, the CBI told the court that it would proceed further on the basis of information given by the complainant, following which the petition was disposed of.
Sources said that Dr Parikshit Bansal, the complainant, submitted voluminous documentary evidence and also discussed the matter with CBI officials, before the PE was lodged.
“Dr Bansal met us and the information submitted by him was worth probing. PE means starting a full-fledged enquiry into the matter and it usually takes around three months,” said CBI Chandigarh unit’s SP Tarun Gauba.
Sources said that the CBI was once tipped off regarding the matter by an informer, but had closed the matter after verification. However, the documents provided by Bansal have given a new dimension to the matter.
Institute director K K Bhutani said that he could not comment, as he was not aware of the CBI’s decision. Dr Bansal has made allegations against Bhutani and others.
According to Dr Bansal’s complaint to the CBI, the setting up of the IPR Department was approved under the 11th Five Year Plan (2007-2012) for promoting educational and career interests of the students. NIPER submitted a proposal to the Ministry of Chemicals and Fertilisers, demanding Rs 2.72 crore. The ministry sanctioned Rs 2.25 crore and also released the amount. However, to date, the department has not been set up.
Dr Bansal alleged that the funds were diverted and misused by director Bhutani and an ex-director on unapproved activities, in collusion with ministry officials.
Though more than 50 per cent of the funds were for hiring and training technical manpower, not a single person was hired under the project. Bansal said in the complaint that he proposed the project and blew the whistle on the corruption later, due to which he was “victimised” and removed from service in March 2013, leading to prolonged protests by students of the institute.
Bansal also stated that though the project got sanctioned in 2007, the then director of the institute did not inform him for three years, although the institute kept getting funds. Later, Bansal sent a complaint to the CVC, but it was marked to the very same official who was involved in the misappropriation.
He also alleged that he wrote to the secretary to the Department of Pharmaceuticals, the chairman of NIPER’s Board of Governors and even to the cabinet secretary, but got no satisfactory response and, therefore, moved the court.
The CBI, in its initial reply to the court, said that a verification had revealed that there was no misappropriation of funds and the director had the discretionary power to utilise funds as per requirement. It also said that the ministry had got the matter enquired but nothing wrong was found and, in fact, Bansal was warned by the institute to be careful in the future.
In his complaint, Bansal has alleged that NIPER provided wrong information to the CBI during this verification; he  submitted relevant information obtained under the RTI Act.
Posted by Knowmics at 20:56 No comments: