Ex-Dean, Indulged in unauthorized Brokerage/ Commission Sale while holding the positions in the year 2009-10. Utilizing 11th five year plan money, he procured chemicals (two impurity standards) from a local manufacturer, M/S Ind Swift Labs, Panchkula for Rs. 9.00 lacs ( Rs. nine lacs).  He sold these two impurities to the United States Pharmacopeia for Rs. 20.8 lacs (Rs. twenty lacs eighty thousand), thus carrying a profit of 13.5 lacs on the sale. He has submitted a claim under the disguise of consultancy services of NIPER a share of the profit under advisory as well as research consultancy.


From a a bare perusal of the facts, it is clear that Ex-Dean has gravely misused his official position and his act may bring disrepute to the stature and reputation of NIPER. 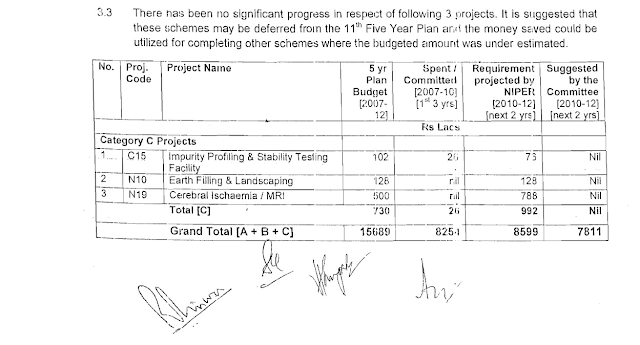 1. Act of Ex-Dean in buying chemicals from one source and selling it to another is a clear act of trading which is prohibited for Govt. employee.

2. Act of Ex-Dean as a responsible senior officer of the Institute, who is well aware of the rules, and also knowing he has not given any advice or research efforts in this ‘Brokerage/ Commission Sale’

3. More over the by distributing 21.5 lacs the initial investment of the institute 7.5 lacs is also not returned. Which mounts a case on ‘embezzlement of Govt. money’.

Ex-Chairman SPC-I tried his level best to prevent this corrupt purchase, kept the file on hold and asked for proper justification. Finally the Ex-Director under pressure Instructed the SPC-I chairman "PLEASE PROCESS"    It is pertinent to mention that SPC-I chairman lost his chairmanship for this act and Ex-dean became the Chairman of SPC-I to facilitate future deals like this.

Documents obtained through RTI speak the truth. Though "GANG OF नईपार" will say "Abuse of RTI by Team Roy" 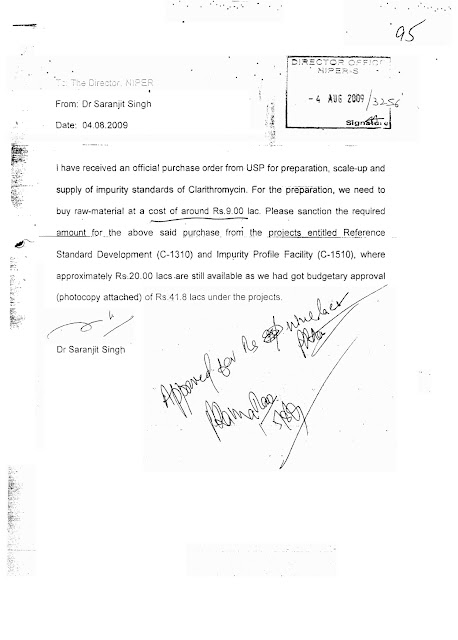 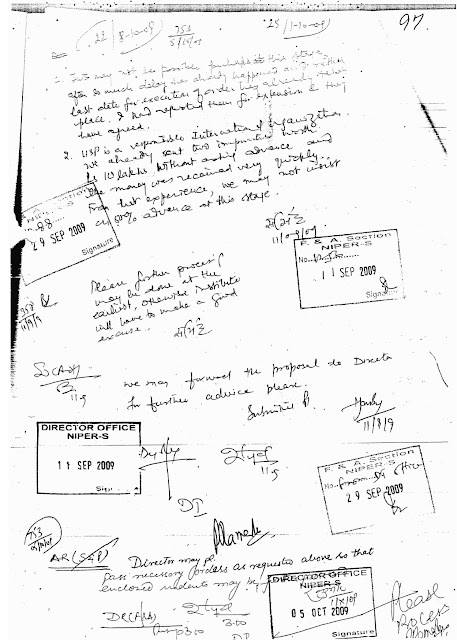