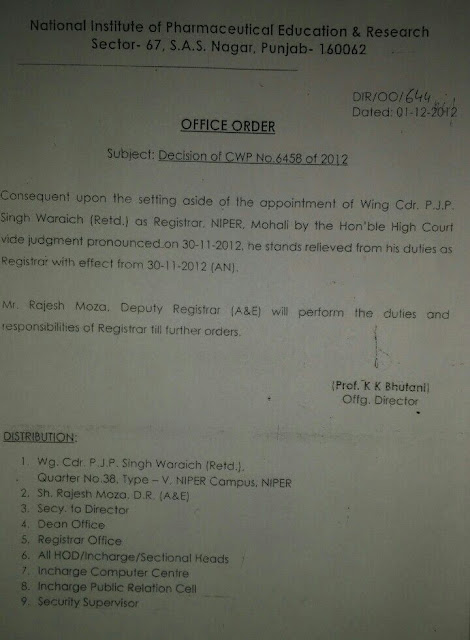 TNN | Aug 14, 2012, 06.44AM IST
CHANDIGARH: Punjab and Haryana high court on Monday directed the director secondary education, Haryana, to remove all government school teachers working as guest faculty, who might have been illegally appointed, within three weeks.


The court has directed the state government to recover salaries of such guest teachers from officers who gave sanctions, wherever these guest faculty were continued in service even after passing of their termination orders, and also to take disciplinary action.


The directions were passed by a division bench comprising Acting Chief Justice Jasbir Singh and Justice R K Jain during the resumed hearing of a petition filed on the issue.