After Pharmaceutical Nanotechnology another non performing assate of NIPER Technology Development Center (TDC) established in  year 2004, fail to fulfill entrustment of the Government. A reporte published in PHARMABIZ.com on April 30 2012 said so,

Department of Pharmaceuticals (DoP) is planning to set up a National Centre for R&D in bulk drugs with a total cost of Rs.56 crore. The move is in view of the rising competition to the Indian bulk drug industry especially from China affecting the viability of several small units. As per the plans, the centre may be located at the National Institute of Pharmaceutical Education and Research (NIPER), Hyderabad.

Department of Pharmaceuticals, Ministry of C&F, GOI looking at other NIPERs for importent task, beyond blue-eyed boy at Mohali.(!!!)


WHY??
TDC AT NIPER, Mohali USED AS MILKING COW, NOTHING ELSE

The National Institute of Pharmaceutical Education and Research set up a Technology Development Center (TDC) in the year 2004. The pilot plant and machinery commissioned in June 2004. Since 2004 the NIPER had been providing services of plant and machinery installed in the TDC to M/S Ranbaxy Laboratory Private Limited without fulfilling the National objective. 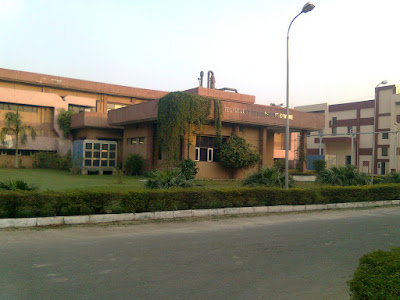 CAG (DPC Act 1971) Audit and inspection report on the account of NIPER for the year 2010-11 obtained by RTI. Relevant extracts irregularity para 3 are as under:
NIPER worked out monthly expenses for running and maintenance to Rs. 12.60 for the period from 15th july 2008 to 14th July 2009 against which the usage charge were fixed 14.85 per month. (for a 15 crore facility only 2.25 lakh per month income?) 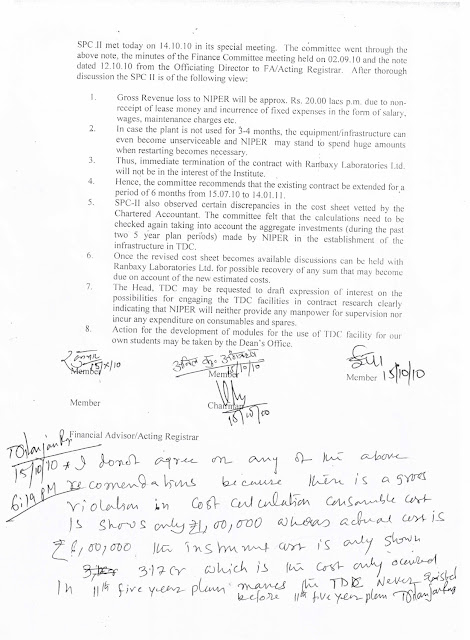 CAG (DPC Act 1971) Audit and inspection report again pointed out that "The RANBXY delayed the release of payment of usage charge of Rs. 1.37 crore fro the period 15th July 2010 to 31st March 2011 and the payment was actually received by the NIPER on 18th April 2011 for which reason were not on record."

Simple CAG dude, if interest of 1.37 crore is distributed, how it will be put on record? 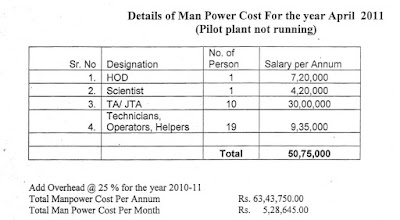 It is also not in record that NIPER was providing manpower for running TDC since 2004. Though RANBAXY in the MOU clearly mentioned that "Ranbaxy will only utilize and pay for plant and machinery not manpower"


Then why manpower was provided by NIPER? That too 31 in number? Whereas teaching departments are suffocating for manpower? Obviously for vested interest of someone involved with TDC. If somebody is milking the cow, the milk is consumed by somebody naturally.

As per audit cost calculation is wrong, thus the money paid by Ranbaxy is less then running charge who is paying for that? The answer is non plan budget of NIPER and IEBR fund. 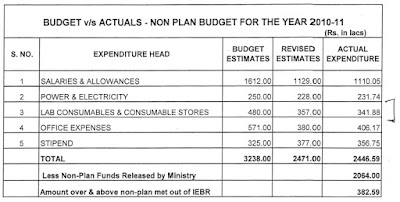 Amount over and above non-plan is extracted from IEBR, which is intended to use for research and teaching. Thus who is starving for the expense of feeding the milking cow?

Finally what is the recommendation of CAG?


"Reasons for not exporting the possibility for the use of TDC for contract research development,
less charging of depreciation in cost sheet,
delay in respect of payment from the Ranbaxy and loss of Interest thereto,
lack of adequate publicity for the marketing of the facilities in the TDC and
not framing training modules for use of TDC facility by its students


may be intimated to audit."