Identity of GANG Of FOUR

Recently a very, very angry bird (read senior Professor) of NIPER told his peer who are the "GANG OF FOUR"? Knowmics should be called, grilled and asked to tell the names of GANG OF FOUR.

Really who are the GANG OF FOUR? It is still enigma.

Who can tell about them? I think Prof. Saranjit Singh can.

Remember Prof. Ramesh Chandra committee? Constituted for reinstatement of Dr. Animesh Roy? Well good news is Dr. Roy is reinstated after six year of struggle and if the rumor is true, then BOG positively responded to his appeal and accepted reappointment retrospectively. 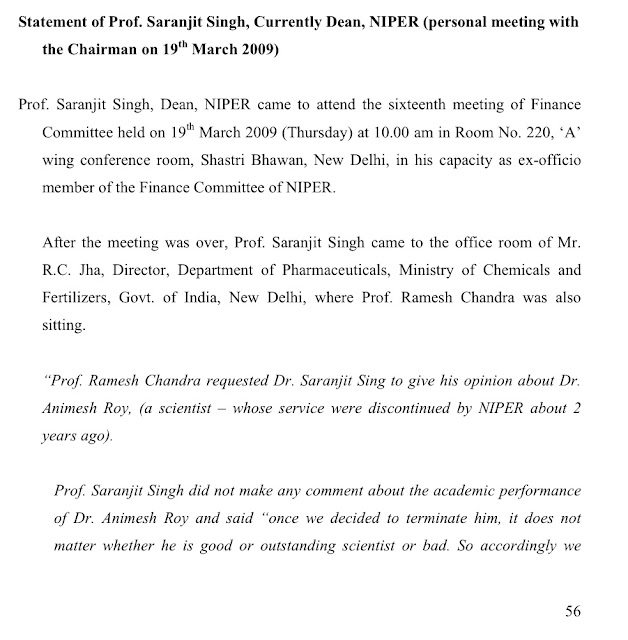 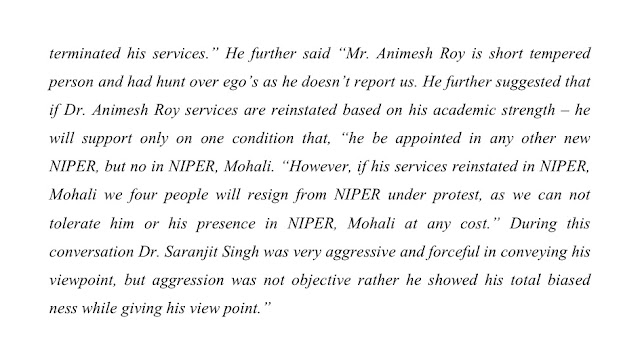 The GANG OF FOUR were responsible for termination of Animesh Roy and used their all means to prevent his reinstatement. Even threaten to resign (thinking, they are irreplaceable) and Prof. Singh knows their identity. Now that Dr. Roy reinstated retrospectively, it is his moral obligation to disclose the identity of GANG OF FOUR and resign together.

Not only Dr. Animesh Roy's termination "The GANG OF FOUR" are the persons responsible for all the misadministration, misappropriation and misappointment in NIPER.

The same GANG Of FOUR prevented promotion of JTA, TA, Scientist-I and Scientist-II when applied against open post. Applications were rejected on the pretext that "Experience should only be counted from the year after qualifying degree" Thus persons working in NIPER for several year and done MSc or PhD on the job, their experience was not valid for  GANG OF FOUR. All the years of hard work before they received their qualifying degree, nullified by the whims of GANG OF FOUR. Almost all applications are rejected except one or two (read only applications of those, working with GANG Of FOUR).

Surprisingly the same GANG OF FOUR counted the experience of current Registrar 23 years!! From his 19th birthday!! Obviously he have not had received the qualifying masters degree for the post of registrar in his 19th birthday, did he?? Then why? Why this discrimination? Any economics involved, as rumored?
Posted by Knowmics at 05:41